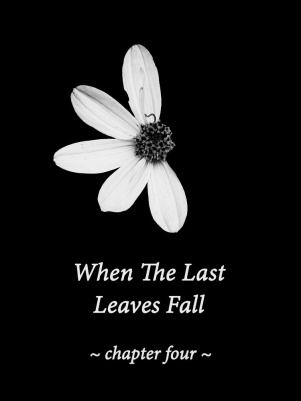 ‘An’ if they was just good ol’ boys, out for a hunt,’ Hunter argued with himself, back once more on the same route of the previous night, ‘then why the needle? Ain’t no way that they own a part of the forest.’

Most of the fugitives that Hunter trailed simply didn’t want to be found: trails became faint scents became dead ends. Yet sometimes fate decreed that whatever way he pointed, there they would be. There had been a time when his target was fishing on the river right outside the hometown where Hunter had been employed; that catch had only taken half a day. Another time, an itch had brought the fugitive right back to the scene of the crimes, when Hunter had only just begun searching for clues. Most of the time, though, Hunter felt that he was just around the corner from where the shadow of his target had just slipped into shade. It was only a feeling, but one that kept his boots on the move. However, the same fate that handed out a run of winning hands at a card table was more inclined towards laughter in failure.

The comment on those Knights of the White Camellia that drifted to Hunter through an open window in a town of nothing was a gift, Hunter was sure of that. The feeling that trailed thread from the target right to the toe of his boots had made him half expect that one of the boys in the forest would have been this Helland. But the man had been described to him: the deeply pockmarked face, the skin like leather, hatred and death in his eyes and heavy on his shoulders. Hunter had a feeling that he’d know Helland when he found him.

If he found him.

Still, those good ol’ boys were jittery over something. Small town fellas like that could just get on their high horse about their land having no right of way for strangers, sure. Could even be that they simply like to pick fights when they’re in a posse. It felt to Hunter more like they had been warning him away from the area. But the main man had given him a couple of opportunities to declare if he shared their interest, of that he was sure now.

On his way out of the forest, Hunter had driven around a big old beaten Chevy truck, presumably the transport of the good ol’ boys, standing to the side of the track road. With a glance behind him, he’d hopped out and taken a peek into the cargo bed – nothing but a few sheets and what looked like pickaxe handles. Nothing in the cab, either. He knew, now, how he’d find out what their real pastimes in the forest were.

Hunter drove on to Holly Bluff, the nearest town. The town was even smaller than where he had stopped to pick up drinks – that there was a town so far out here in the basin at all was more than he was used to. There was a post office, a bar and a few stores, but not much else except for the small wooden building that pronounced itself as The Holly House. More than that, there was a sign in the window that said VACANCIES. Hunter drove his car round back. He slipped his pistol into his holdall, swung it over his shoulder, and made his way round front.

The folks that he saw ambling along the street were mostly of age. Their concerns would mostly be leant to groceries and gossip, he knew, not a stranger in town. Bare few vehicles were standing or driving through the street. The way of the small southern towns: no one needed to be fixed for ever leaving. Hunter stepped onto the porch of The Holly House and pushed through the door.

The reception counter was unattended. The windows were open, a light breeze playing with the curtains, stirring up the damp smell. Hunter peered through into the breakfast room, three tables covered with gingham tablecloths. No one. He tapped the bell on the counter. Tapped it twice more and a girl wearing a dress, perhaps made from the same red and white patterned tablecloths, sauntered along the hall. Hunter had been quite unprepared for her appearance. Her dark hair was made up with curls, sculpted and shaped, as was her figure. He looked from her chest to her face. Her lips were thick with rouge, her skin youthful, unlined. Her eyes were large, full of life and health. She looked fit for a picture house, rather than a boarding house.

‘Help you?’ she said, hand on hip and tongue in cheek.

‘Was lookin’ for a room, honey,’ Hunter said, slipping his holdall on to the floor.

Hunter pulled the roll of bills from his pocket. ‘How much you want?’

The girl placed her elbows on the counter and cupped her head in her hands. ‘Depends how long you stay,’ she said, drawing her eyes up from the money.

‘Let’s just say two nights, for now. Although if you give me good service . . .’ Hunter began to peel notes from the bundle. The girl chuckled.

‘Half dollar a night,’ she replied, swaying her head in her hands. She smiled, her teeth as white as her eyes. ‘That’s the usual rate.’

Hunter handed her two bills. ‘You just hold on to these for me, just in case I need the room for longer.’ As she went to take them, he held them tight in his grip. Time for their eyes to meet. He loosed his hold.

The girl stuffed the money into her brassiere, adjusting herself after. ‘I don’t do this,’ she said.

‘So my board? Just keepin’ it warm?’ He looked at where the girl had concealed the money.

‘That right?’ Hunter said again. ‘Say, what’s your name? Pretty girl like you, I’m guessin’ that it’s Frances or Connie, something sweet like that.’

Leaning her head back, she laughed from her chest. Hunter watched. ‘Couldn’t be further from right, mister,’ she said. ‘And I ain’t tellin’ you, a stranger in my house. But I will show you to your room.’

He followed her swinging hips along the hall and up the stairs, where she walked up almost sideways. Old fashioned pictures lined the wall, mostly pictures of the town and the countryside: old wooden buildings and sepia landscapes. When they reached the top of the stairs, Frances or Connie or Sandra, whatever, with her back to the wall, simply pointed towards a door at the front of the building. ‘That’s you,’ she said. He tipped his hat as he passed her by, sparing her a wink.

Hunter put his holdall on the bed. He was grateful that she’d left him be; pretty girls could distract a man like Hunter from how he had come by a thick roll of bills. He looked around the room: wardrobe, dresser, bed with a floral spread, little table with a chair next to it by the window, a picture of The Man on the wall: sombre with the ills of the world on him. After the previous night, he could do with catching a few winks before the coming night.

Moving the chair away from the table, Hunter pulled back the curtain, glanced up the road in each direction. He opened the window a fraction. The only sound of the day that ventured through was light conversation, and even that was quieter than the wisping chatter of the leaves on the breeze. He couldn’t have positioned a better place to settle for a time. Hunter stared out of the window onto the bar directly opposite for a while, before kicking off his boots and settling onto the bed.