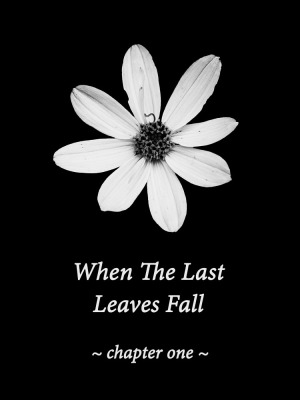 It was five minutes before the town bell would announce noon. The door to The Mississippi Jug breezed closed behind the stranger. Leather case in hand, he straightened his waistcoat. His gaze judged the face of each man. Only the women reacted to the new arrival in the juke joint, appraising the tall stranger, foreign to their midst. They were of no significance to him. One approached him, a petite woman of the darkest skin; missing buttons of her dress hinting at her lures.

‘You lookin’ for some limonade, honey?’ Her fingers played with one of the remaining buttons, half-slid from its fastening.

Withdrawing his shoulder, he evaded her touch. ‘I am not.’

‘Say, you sure you in the right place here?’ Her hand found her hip. ‘You gov’ment or revenue?’

He had been told that he would be found, to wait inside The Mississippi Jug at midday. He knew that he would not be able to pick out the man that he sought. It could be any man, at any table. Not one that he could see was unaccompanied. They played craps, cards, entertained girls, they drank.

Removing his hat, he patted his brow with a handkerchief. The air was close; the smell of stale damp wood. Daylight turned to dirty yellow where it worked through the deep dust covering the few windows. The stranger watched the same girl sit upon a man’s knee, point at him. The man lifted his head. His look lingered long: slow up and slow down. Interest lost in the stranger, he spat on the floor. The girl’s hand slid inside his shirt; her tongue around his ear. He pushed her from his knee and resumed his game.

The interest the barkeep kept to the stranger was the only one that remained. As the stranger met his glare, one of the barkeep’s hands withdrew from the counter and settled beneath it. The stranger approached. The muscles in the ‘keep’s arm tightened.

The stranger placed his hat and leather case upon the bar. ‘I’d like a drink,’ he said.

The stranger glanced around the room, smiled at the ‘keep. ‘A stranger such as I am,’ he said, ‘alone in here with intent of stirring trouble? I rather think not.’

‘Might git trouble even if you ain’t stirrin’,’ the barkeep replied. The corner of his lip twitched. The stranger’s smile faded, but his gaze did not falter. Argument arose from one of the tables: slammed fists, raised voices. The barkeep’s eyes slid to the side and back. Laughter replaced dispute. Through the windows, the toll of the bell told noon.

‘I’m meeting here with Hunter,’ the stranger said. ‘He advised me to mention his name if I encountered issue.’

Blinking for the first time, one of the barkeep’s eyebrows jerked upward. His lips shrugged. Lifting his hand out from beneath the counter, he sighed. ‘You from the north?’ he asked. ‘Ain’t from round here. Wouldn’t come in here if you was.’

‘I’m from the east,’ the stranger replied.

‘No no.’ The stranger chuckled. ‘Over the seas. England.’

‘An’ findin’ yourself here?’ The stranger offered no response. The barkeep slapped the counter. ‘Well, if you arksin’ for Hunter someone sure has trouble headin’ their way?’

The stranger yet kept his silence. He felt eyes upon him. Glancing further along the bar he found them. A thick moustache hid his lips; the low hat disguised all but the glow within his staring eyes. The skin was sun-darkened, pricked with dark stubble. One hand was around a cup, the other in his pocket. In the warmth he was wearing a thick jacket of animal hide. He lifted the cup, drank, lowered it. It remained in his grasp. He stared.

‘Said you want a drink?’

The stranger returned his eyes to the barkeep. ‘Whisky, if you have it,’ he replied.

‘Ain’t got barely nothin’ but,’ the barkeep replied. ‘’Less you want warm piss.’

The stranger placed his hat beneath his arm, leather case in his hand, and took his cup to a table next to the opaque window. He didn’t wish to place his arms upon the table, lest it should dirty his suit. He looked again around the room, into the wooden rafters, certain that he could see the day outside through gaps in the boards. A bird of some breed was strutting along one of the beams.

The assembled in the room were mostly white men and black women, all with skins of a darker shade. Even though the stranger had lived in this country in his youth, he was not acclimated to this Mississippi heat. His blood was for moist green lands; his suit for the Royal Courts of Justice. This place a more than just a step back into his personal history.

The stranger tapped his fingers on the table. The wood felt soft. Turning his hand over, he found dirt beneath his fingernails. Reaching down into his bag, he retrieved a nail file. As he straightened up he looked directly at a pistol.

The man who had been standing at the bar was staring at him again. This time from directly across the table. The stranger looked up from the gun at hip to the weathered face. The dark eyes, less obscured from below, were heavy-lidded. Beneath the wavy line of his moustache, the man sucked spit between his teeth. His front teeth remained bared.

‘Mister Hunter, I presume,’ said the stranger. ‘Please, take a seat.’ With a hand on the top of his pistol, Hunter did so. ‘I contacted you. My name is –’

‘Don’t tell me you name,’ Hunter growled. ‘Don’t need it. Don’t wanna know it.’ With his hand still cradling the cup, he thumped it upon the table. ‘Hunter ain’t my name neither. It’s my living. So . . .’ Fist in hand, Hunter cracked his knuckles. ‘Who you want hunted?’

The stranger leaned back from the table. The chair creaked behind him as he crossed his legs. ‘There is man who was a sergeant at Parchman Farm Penitentiary. In his time there he committed gross crimes against inmates under his guard. This man has murdered many, as well as designing the killings and attacks of many more persons, undertaken by criminals under his command. I was committed to seeking charges against this man. But before this sergeant could face justice, he fled. He is a threat to any and every society. It is justice that I seek.’

‘Justice is what I do,’ Hunter replied. ‘Mostly.’ He pulled a wodge of tobacco from his pocket, stuffed it into the corner of his mouth, sucked and chewed.

‘Do not misunderstand my motive, of course,’ the stranger continued. ‘I would rather that this man is captured alive to face the consequences of the horrors that he inflicted upon humankind. I am not a vengeful man, yet I do not trust the system of those who allowed this treatment to continue.’

Hunter was staring at the stranger. His jaw rolled as he chewed. He spat a line of tobacco from the corner of his mouth; the stranger watched it hit the floor, threads of tobacco floating in the puddle. Hunter was appraising the neat side-parting in the stranger’s blonde hair. The pale complexion. The tidy little line of moustache. The appearance of this smart, educated man in a land of outlaws. ‘What personal harm did this sergeant do on you?’ he asked.

‘I’m sorry?’ Through his description of the fugitive, Hunter noticed that a slight flush had raised high up on the stranger’s cheeks.

‘You say that you ain’t vengeful, but you want revenge. I get a sense that this ain’t just about correcting the wrongs of the state. You on the side of The Law, but you ain’t usin’ them; you usin’ me.’

The stranger’s thin lips tightened to flesh. Like, his eyes narrowed. Hunter stopped chewing. He spat the rest of the tobacco onto the floor.

‘There is evil in this world,’ the stranger replied. ‘There always has been, since creation; there always will be. We will encounter it but we can never eradicate it. This man . . .’ The stranger put his fist to his lips. He tightened his fingers. Pensive, the stranger watched shadows of folk passing by on the other side of the window. Turning, he smiled at Hunter. ‘Recently I rescued a friend of mine from this sergeant. Like many others, I have come to learn, my friend had been illegally incarcerated, serving his imprisonment in the cruel care of this sergeant. Part of the reason why he was treated so badly? Because the sergeant recognised my friend from his past. My friend knew the sergeant’s true identity. As the man who murdered my father.’

‘I see,’ Hunter said. ‘Sounds to me like reason enough for revenge. And you want him dead?’

‘That would be justice,’ the stranger answered with a nod. ‘But it would also save the lives of others.’

‘What’s his name, this sergeant?’

‘And where can I find Jacob Helland.’

Through the window, the sun was directly on the stranger. Again, he dabbed his forehead with his handkerchief. ‘I don’t know,’ he replied.

4 thoughts on “When The Last Leaves Fall (~chapter one~)”